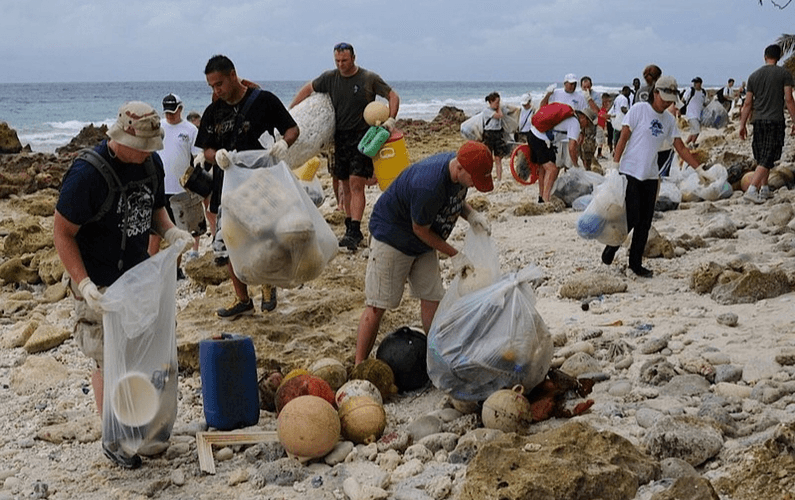 Harnessing the Power of People to Fight Ocean Trash

The International Coastal Cleanup began more than 30 years ago, when communities rallied together with the common goal of collecting and documenting the trash littering their coastline. The movement was catalyzed by the passion and spirit of two committed individuals. Back in 1986, Linda Maraniss moved to Texas from Washington, DC, where she had been working for Ocean Conservancy. She’d been inspired by the work her Ocean Conservancy colleague Kathy O’Hara was doing on a groundbreaking report called Plastics in the Ocean: More than a Litter Problem that would be published the next year.

Linda and Kathy reached out to the Texas General Land Office, local businesses and other dedicated ocean-lovers, and planned what would become Ocean Conservancy’s first Cleanup. They asked volunteers to go beyond picking up trash and record each item collected on a standardized data card in order to identify ways to eliminate ocean trash in the future.

The Cleanup has grown immensely in the 30 years since Linda and Kathy’s first Cleanup. Volunteers from states and territories throughout the U.S. and more than 100 countries come together each year and participate in a Cleanup event near them.

“What I have learned from the Cleanup experience, is that even though the Cleanup started in Texas with a small number of 2,800 volunteers… it has grown into a massive cleanup that involves both national and international volunteers all pitching in for the same common goal of cleaning up our coastal waters and taking care of our beaches. I am proud to be a part of this global movement and I appreciate all of the help and support I get from the Ocean Conservancy staff.”

Renee Tuggle
Texas State Coordinator for the International Coastal Cleanup, who has been involved since the very beginning.
Thanks to volunteers around the world, the International Coastal Cleanup has become a beacon of hope, leading and inspiring action in support of our ocean. Over the years, this movement has created a family that spans oceans and country borders. A network that works together for something bigger than us. To our global network, we thank you.

Volunteer Now: We hope we’ll see you at the next International Coastal Cleanup!

Make a Difference Year-Round
Download our Clean Swell app and document the trash you collect around the clock or start your own Cleanup at a beach near you.