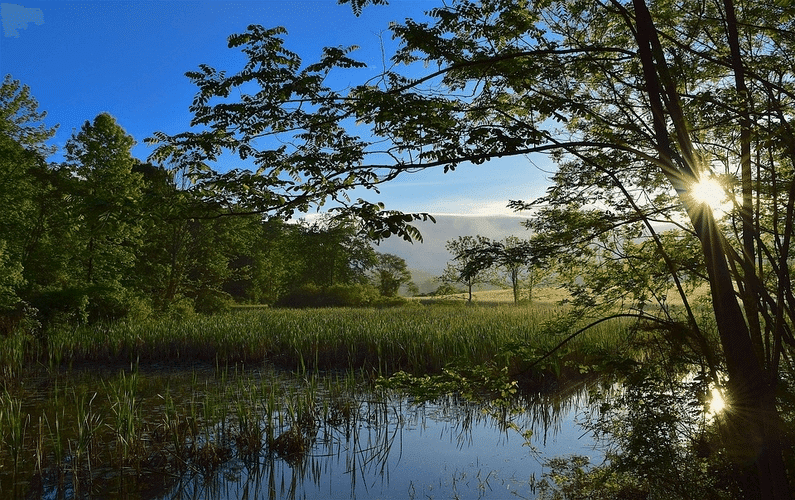 Half of humanity about 4 billion people live in urban areas today. By 2050 that proportion will reach 66% as people move to cities in search of jobs

and a vibrant social life. Cities account for around 80% of global economic output. As cities expand and demand for land increases, the tendency is to encroach on wetlands, they are degraded, filled in and built upon. Yet when left intact or restored, urban wetlands make cities liveable:

Wetlands act as giant sponges that absorb flood waters. Rivers, ponds, lakes and marshes soak up and store heavy rainfall. In coastal cities, saltmarshes and mangroves work as a buffer against storm surges.

Groundwater aquifers, rainwater and rivers are the source of almost all drinking water. Wetlands filter the water that seeps into aquifers, helping to replenish this important water source. Protecting rivers and limiting harmful run-off also helps safeguard the water supply.

Wetlands radiate moist air thanks to their high water levels and lush plant life. This naturally cools the air in the local surroundings; a relief both in tropical cities and in extremely dry climates.

When preserved as green spaces in cities, wetlands offer residents a space for recreation and access to diversity of plant and animal life. Studies confirm that interacting with nature reduces stress and improves our health.

Enable people to earn a living

Many types of fish spawn and breed in wetlands, making them popular fishing grounds. Wetlands provide reeds and grasses for weaving, medicinal plants and fruits; all valuable goods for local residents. Wetlands also attract tourism, another important source of jobs.

What are urban wetlands?

Wetlands are land areas that are flooded with water, either seasonally or permanently. Urban wetlands are found in and around cities or their suburbs. They include rivers and their flood plains, lakes, and swamps as well as coastal variants such as salt marshes, mangroves and coral reefs.