Today, we are quite familiar with solar energy and most know of the different ways to utilize solar energy, though this was not always the case. In ancient times, those from different parts of the world used to worship the sun as a God (in different forms and names). They believed that a solar deity had strengths and powers to ward off all their problems and give them a happy life.

It took many centuries to comprehend the true meaning of their beliefs but finally, humankind understood solar energy and developed various methods and technologies to utilize the power of the sun. Today, those practicing eco-lifestyles use solar energy in different forms, these technologies contribute in a major way to authentic green and eco-lifestyles.

Photovoltaic solar electricity is implemented in a home in various ways. Here is a summary:

Rooftop Photovoltaic (PV) System: This is where the photovoltaic solar panels are installed on the rooftop of the home. These are commonly addressed as “PV panels mounted on the roof”.

Standalone Photovoltaic (PV) System: A standalone photovoltaic system is installed somewhere on the property, usually on the ground or in some commercial cases installed on carports.

After sunset, the backup batteries are used until they reach their lower threshold, at which point, the other electricity source, such as the power grid, supplies the electricity requirement.

Rainwater collected through the aforementioned methods is stored and then pumped to fulfill various non-drinking purposes such as watering the garden, flushing the toilets and washing clothes in a washing machine..

When Surplus Photovoltaic (PV) Solar Electricity is Generated, Sell It!

A good thing with PV solar electricity is that if the electricity generated by our system is more than required, we’re able in many cases to sell it to the power distribution company. Such accumulated credit, goes towards the costs of the electricity required after sunset, and when the backup batteries reach their lower threshold.

What About Load Shedding in Photovoltaic (PV) Solar Electricity Systems? 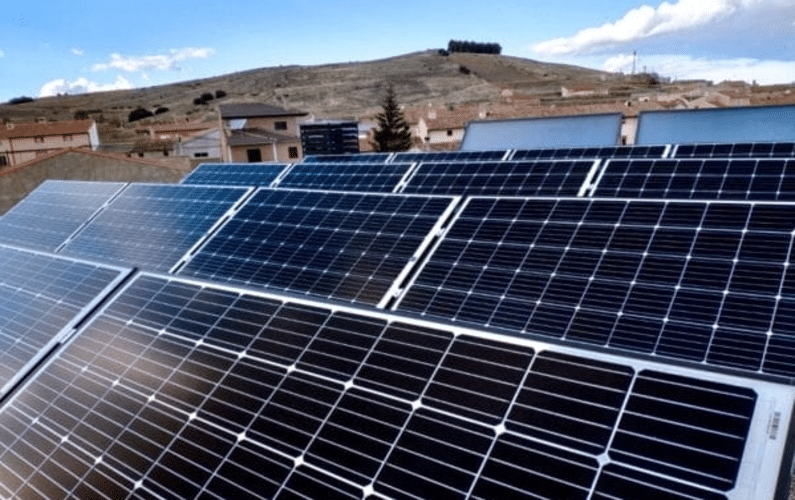 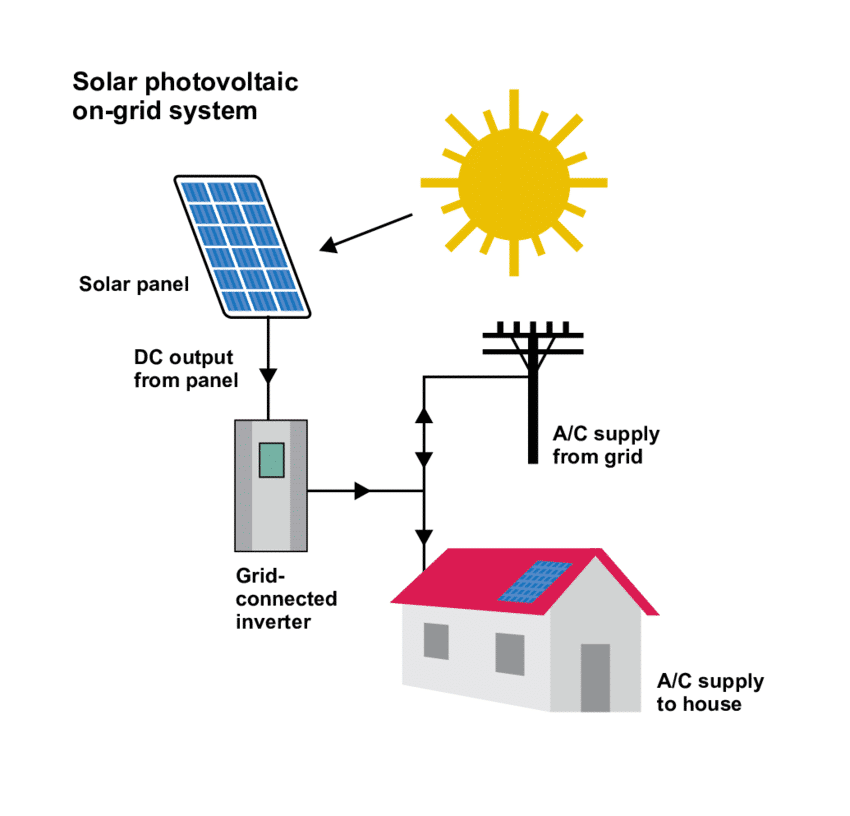 When determining and designing our PV Solar Electricity System, with the engineering supplier and installer we need to take several things into account – but the main thing to take into account is, to not skimp on the number of PV solar panels, or on the number of backup batteries required. However, there is a point where the size and cost of the installation would become impractical.

Take into account: the size of the roof or where the standalone PV solar panels are installed, where the backup batteries are placed and lastly the cost and our budget. Maintain a balance with these factors. By example, where a balance is maintained, the hybrid PV Solar Electricity including the backup Batteries, supply your home and all its appliances, on a twenty four hour basis – and selling excess Solar electricity to the power grid to cover the costs where power grid electricity is used, would result in almost zero monthly electricity costs.

We’re able to use the electricity generated from the sun’s rays for running different electrical equipment in the home. This photovoltaic solar electricity would be utilized for running the lights, fans, televisions, laptops, and other appliances in the home.

When following a conventional lifestyle, electric or gas water heaters are used, whereas followers of eco-lifestyles use photovoltaic solar electricity to run water heaters.

Hydronic systems are all about getting the desired temperature by circulating water in different parts of a home. To circulate that water, a water pump is required which is usually connected with a home’s power supply. In an eco-friendly home, these pumps are run with photovoltaic solar electricity. Furthermore, the heat pump providing hot or cold water for the Hydronics Radiant Heating and Cooling System, would use the PV Solar electricity.

Various Ways to use Photovoltaic Solar Electricity in A Home

There are many ways to use generated photovoltaic solar electricity in a home. They are: 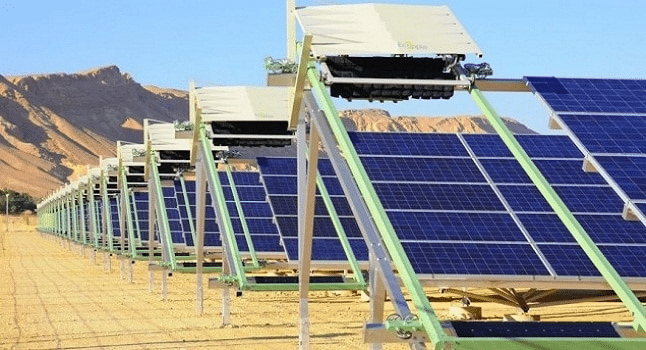 Photovoltaic Solar Electricity has not only changed the way we live, it has also made a positive impact on the environment. Here are some of its benefits:

If buying a PV system, don’t view the purchase the same way as buying other household appliances, rather view it as an investment. Similar to other investments, we’re able to calculate the ROI (Return on Investment).

This is the first step. It’s important to find out what the total cost is when installing the system. Include the cost incurred for the permits, installation, inverter, and PV panels. Take into account, the cost of the backup batteries, the costs of a grid tied system; the amount subsidized if you qualify for such from the government.

This is the next step: find out how much electricity the system generates. This helps in determining how much extra electricity would be required from the distributor.

Be aware of the average cost of electricity (per kWh) to help determine the amount of savings per kilowatt-hour of generated electricity. This is easily done by looking through your recent electricity bills.

With the help of the aforementioned information, we’re able to calculate the amount of savings after installing a PV system. Once determined, we’ll know how much electricity is used on a yearly basis.

Now we calculate the Return on Investment. For example, if the cost of your system is $25,000 and your yearly savings is $4,000, you see a return on your investment in 5+ years.

How to Install A PV Solar Electricity System At Home?

To get such a system installed in your home, you have to first select the seller.
The process of installing a PV system in your home involves the following steps:

These steps are also explained visually

After signing the solar contract (whether it is a loan, lease, cash or a power purchase), an engineer visits your home for an evaluation of the home’s electrical status and to ensure that everything is well-suited. He determines what is required for the PV solar electricity system.

To install such a system in your home, you are required to go through lots of paperwork. The good thing is that the installer handles these. However, it is always better to be aware of what is happening physically in your home as well as with the paperwork.

After settling on the essential paperwork, you’re able to place the order. The order relates directly to what you decided to install such as the Photovoltaic solar panels, backup batteries, etc. Again, your installer assists with this.

The Installation of Photovoltaic Solar Panels

This is a big and exciting time because the PV system is being installed in your home. The installer places the panels on the roof to maximize absorbing the sun, complete the electrical wiring, and connect the batteries with the panels.

PV Solar Electricity Systems and Design of a Home

Although installing a PV solar electricity system in an existing home is quite easy and the system would work efficiently without causing issues, if your home is designed for a PV solar system, then everything would be organized upfront with the required battery and inverter room. After all, this is what eco-home owners aspire to, that things are fit for purpose and designed as such.

Those who prefer building a green home usually benefit the most because their home is designed with specific focus on an Eco-lifestyle, including the PV systems. The design of the green home includes space and wiring, etc. for a photovoltaic system from the beginning. The following points make this clearer:

Whether installing a PV solar electricity system in a new house or an existing one, place a label or a sign on the electrical panel door that your home is now SOLAR READY.

Smart technology, no doubt, is easing every sphere of human life and PV systems are now a vital part of life, especially for those practicing an eco-lifestyle. 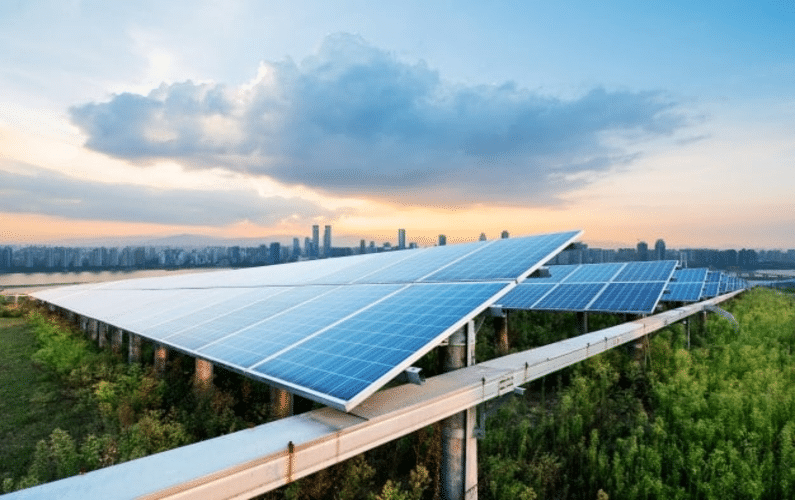 The amount of electricity generated by a PV system, how much of it is used by a household, and other important metrics are all monitored by the smart technology and displayed on the App installed on your smartphone, etc.

If the usage is high, this information is available on the app. You’re able to find the root cause of excessive usage and are able to remedy and make adjustments accordingly. Thus, smart technology monitors and assists with managing the system to provide efficient results in the most economical way. These components in combination is the ultimate Photovoltaic Solar Electricity system.

Keeping in mind, the recording of metrics, monitoring and managing capabilities are continuous, and enables your orchestrating for maximum efficiency. Also, that the current and historical data are not stored in the app: This data is stored by a smart technology service provider. The App enables metric configuration and the displaying of metrics.

Are PV Systems Able to Run Every Appliance in a Home?

This question is asked by almost everyone interested in powering their home with a PV solar electricity system. Yes, the PV systems are able to run every appliance in such a home, even the ACs and refrigerators. Commonly, silicon crystalline panels are used in a system but the new and advanced systems use thin-film solar panels whose energy yield is surprisingly higher than the silicon panels.

So, a PV system is primarily for the independence of the homeowner and at the same time saves the environment, even where power outages are experienced. With the declining cost of solar panels and increased awareness of green energy, it’s more and more affordable to install a PV system at home. This is another step towards a greener and eco-lifestyle.

As we move towards a green and eco-lifestyle, we learn more about living self-sustainably. 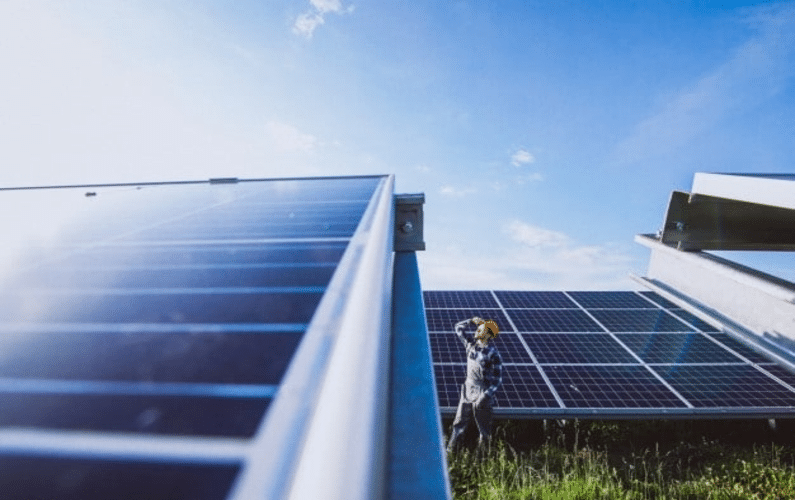 If we are really concerned about the environment, here are further points for saving on electricity:

There are many other electricity saving tips such as not leaving appliances on standby mode,  setting the refrigerator one degree warmer, being efficient while cooking, washing clothes at a lower temperature – and air drying whenever possible.